Chemistry is a huge curriculum that must be learned in order for a student to pass their class 12 board test. It is crucial not just in terms of the board examinations, but also in terms of the JEE and NEET tests. Physical chemistry, organic chemistry, and inorganic chemistry may be grouped into three primary sections in the chemistry curriculum. Electrochemistry is a subject of physical chemistry that is utilized to store energy electrochemically. It deals with the features of materials that make them acceptable for electrodes, various types of electrolytes that aid charge flow, and forging a link between observable and measurable electrical potential attributes and the chemical reactions that occur inside the cell. Given the expanding significance of energy storage systems, electrochemistry becomes crucial in understanding how electrodes, chemicals, separators, and other materials are chosen.

All of these factors add up to 23 out of 70 points on the chemistry board exam question paper. As a result, it’s easy to see how crucial these issues are. The entire field of electrochemistry may be classified into the following categories:

Electrolytic cell is an electrochemical cell that drives a non-spontaneous redox reaction by the use of electrical energy. Electrolysis, a Greek term meaning “to break up,” is a common use of these devices.

For example, the breakdown of water and bauxite into their constituent elements is an important use of electrolysis. An electrolytic cell is used to electroplate metals such as copper, silver, nickel, and chromium. Direct electric current is used in electrolysis (DC).

Three components make up an electrolytic cell: an electrolyte, two electrodes, and a conductor (a cathode and an anode). There are ions in the electrolyte, which is often a water or other solvent solution. Electrolytes like sodium chloride are found in molten salts. The ions in the electrolyte are drawn to an electrode with the opposite charge by an external voltage given to the electrodes, allowing charge-transferring processes (also known as faradaic or redox) to take place. An electrolytic cell can only breakdown a typically stable, or inert chemical substance in the solution if it has an external electrical potential (i.e. voltage) of the proper polarity and adequate magnitude. A chemical reaction that wouldn’t happen on its own can be sparked by the use of electricity.

How to solve the question below:

Q: Which one of the following ions has highest limiting molar conductivity?

There are two types of electrochemical cells: A galvanic cell, or voltaic cell, and electrolytic. Galvanic cell, or voltaic cell named after Luigi Galvani or Alessandro Volta respectively, is an electrochemical cell that generates electricity from the spontaneous redox processes taking place within the cell. As a general rule, it is made up of two metals that are either linked together by a salt bridge or divided into half cells by a porous membrane.

The voltaic pile, the first electrical battery, was invented by Volta. One galvanic cell has come to be included in the term “battery,” however a battery is actually made up of many galvanic cells.

Unlike a secondary cell (rechargeable battery), a primary cell is a Galvanic battery that is meant to be used once and destroyed, unlike a secondary cell (rechargeable battery). Because the electrochemical process in the cell is often irreversible, it is impossible to recharge the battery. Batteries lose their ability to create energy when its primary cell’s chemicals are depleted; when this happens, the battery is rendered worthless. It is possible to turn around a chemical process in a secondary cell, though, by charging the battery and passing the current through the cell. Small home items like flashlights and portable radios can be powered by primary cells that come in a variety of common sizes.

In a secondary cell, an electrochemical cell that may be used as both a galvanic cell and an electrolytic cell is called “rechargeable.” An electromotive force can be generated by charging and draining a battery.

How to prepare students of Class 6th for Maths Olympiad 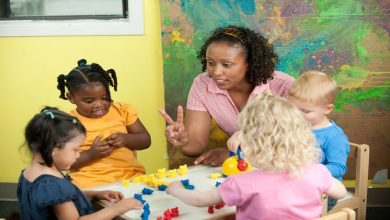 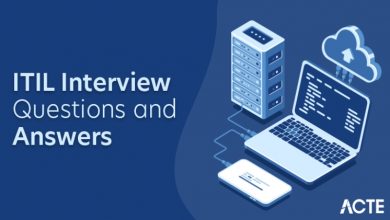 Waiting For Elijah: A Captivating Adventure