Urological problems are more common in men than in women. Many people suffer from simple urological problems such as urinary tract infections, sexually transmitted infections, prostate pain, and inflammation, etc. These kinds of disorders are treated by a specialist called a Urologist who specializes in the problems arising in the areas of both urinary and reproductive organs.

Urological problems should never be ignored and must be treated immediately by visiting the top urology hospital in Bangalore. Leaving a urological problem unattended and uncared for can cause many complications and risk getting further infected and spread to other parts of the body.

There are many different kinds of urological disorders that can be encountered by men and women. Some of the most common disorders are mentioned below:

One of the most common urological disorders is the Urinary Tract infection which affects women more frequently than men. Since the urinary tract of a woman is much shorter and the distance between the anus and the urethral opening is also considerably shorter for women than men, women tend to contract urinary tract infections much more commonly than men. It can be caused by unsafe and unhygienic toilets, water, personal cleanliness, and sexual activities.

This is caused again in most women after childbirth and during pregnancy than in men. The inability to control the bladder and the passage of urine is described as urinary incontinence. It usually occurs due to the weakening of the pelvic muscles and the bladder being weighed down in older age or in pregnancy.

This is a common problem encountered by men and women. Many patients do not even come to know of the fact that they have kidney stones until they are examined for it. Some are very small and can be passed out in the urine but some require additional help and procedures to be broken down into smaller pieces so that they can be passed in the urine as well.

The prostate gland is one of the most important and yet the most sensitive organs in male anatomy. The prostate gland can develop many disorders ranging from simple infection and inflammation to serious ones such as Prostate cancer. There is no specific reason as to why these disorders occur in men as they are mostly genetic.

Procedures performed by a Urologist

A urologist can perform several procedures ranging from simple Vasectomies to advanced operations such as Penile implants at the top urology hospital in Bangalore:

Vasectomy is a simple procedure that involves cutting and tying off of the Vas Deferens so as to stop the supply of semen and therefore controlling birth. The same can be undone with the Vasectomy reversal procedure

Cystoscopy is done with a long tube-like wand with a camera to check for stones and abnormalities along with the bladder and urethra.

Ureteroscopy and Lithotripsy both involve treating kidney stones using a long thin tube. In the former procedure, small stones can be removed and in the latter procedure, big stones are broken down into smaller stones so they can be safely passed via urine.

There are many kinds of Erectile dysfunction treatments done by a urologist based on the condition of the patient such as Ochiopexy where the undescended testicle is treated, Penile Plication in which a curved penis is straightened, etc.

If you don’t know the health experts in your city who could help treat the ED problem, it is suggested to try out the best digital healthcare platforms like Numan because connecting with the team of professionals there would make the proper guidance much more accessible to you. And it would ultimately help you cure the problem. You can check this site to know more about it.

Causes and Treatments of Hair Loss in Children 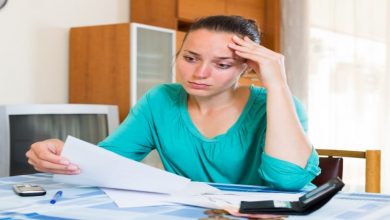 Here’s why you must consult a bankruptcy attorney in Charleston

What is a Medical Malpractice? Winchester