Circuits are closed conducting paths through which electrons can flow.  The flow of electrons constitutes an electrical current.

When designing, manufacturing, and using electrical components and appliances, it is important to know the variables that control current flow. From a safety point of view, it is crucial to know the amount of current flowing through an electrical appliance or circuit.

Resistances are electrical components that regulate the flow of current in a circuit. They make it easier or harder for the flow of current, i.e. flow of electrons. Using Ohm’s Law, variables such as current, voltage, and resistance in a circuit can be calculated by identifying resistances as connected in’ series’ or’ parallel’ and using Ohm’s Law.

Rule 2: Loop Rule states that “The sum of the changes in potential energy around a closed loop of a circuit must be zero.” This rule is an application of the Law of Conservation of Energy.

Using this simple circuit diagram, let us calculate the total current through the circuit.

Step 1: Label the currents in each branch of the circuit from point ‘a’ or towards point ‘a’.

Step 2: Identify the number of unknowns and write that many equations. 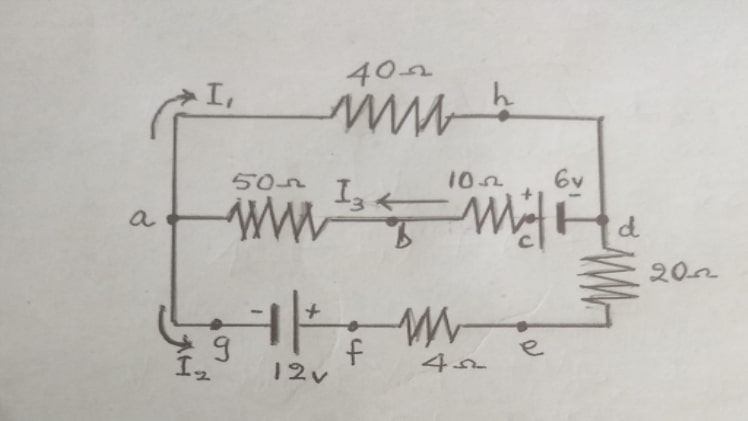 Let us use the given circuit to calculate the currents in the different loops.

[we could use the lower loop too]

Which proves equation (1) to be true.

Some circuits are too complicated for such straightforward analyses. So, for complex circuits, we can use Kirchoff’s Electric Circuit Law. These were formulated by G R Kirchhoff (1824 – 1887) in the mid 19th century. There are two rules that he formulated.

How to prepare students of Class 6th for Maths Olympiad

What Are The Benefits Of The She Shed?

Qualities To Look For In A Criminal Defence Attorney

How To Dress up Modestly

Newshunttimes.com is your news, entertainment, music fashion website. We provide you with the latest breaking news and straight from the entertainment industry. Fashion fades, only style remains the same. Fashion never stops.

Newshunttimes.com © Copyright 2022, All Rights Reserved, Powered By Rabbi It Firm